From Whatcom County comes the report of something new for insomniacs to worry about on one of those record-breaking warm nights: “[T]he tick-borne disease anaplasmosis.” It was found in an 80-year-old man, who probably had his blood sucked by a tick. The Washington State Department of Health: “Human cases of anaplasmosis have been identified in Washington before, though all previous cases involved travel outside of the state. Until now, only dogs have been diagnosed with locally acquired anaplasmosis in Washington.” The symptoms for this disease include “fever, headache, muscle aches, and nausea, vomiting or loss of appetite.” These symptoms usually appear one to two days after the tick’s blood-thirsty bite. The good news is that the timely application of antibiotics can undo anaplasmosis.

This morning’s low temperature was a balmy 69 degrees, placing it in a seven-way tie for 3rd place on the list of Seattle’s all-time warmest low temperatures.

You felt it. Last night was certainly different. It was, according to Seattle Times, “among the warmest nights ever [in our area].” The expected nocturnal temperature for August is 57 degrees. But when the clock struck 12, when August 17 became August 18, the city was being baked at 71 degrees Fahrenheit. It was 71 around the time the sun was preparing to rise. To make matters worse, those who can read (make some sense of) the weather patterns expect that tonight will be hotter than last night. But the sad thing in all of this is the clouds, those marvelous things that are the intellectuals of all the forms of water, may make life miserable for those without AC who suffer, as I do, from insomnia.

This morning’s low temperature was a balmy 69 degrees, placing it in a seven-way tie for 3rd place on the list of Seattle’s all-time warmest low temperatures.

It’s always hard for me to come to terms with the fact that I live in a civilization that has as one of its too-many barbarisms the incarceration of children. Yes, I know, Brian Bassett killed his parents and brother in 1995. But he was 16 at that time. Meaning, he was a mere boy. Meaning, he was not even a person. A basic understanding of human socialization will make it clear that children are not individuals. The person is a product only of the socialization process, which for humans is very slow. KING 5: “Thursday, Bassett was resentenced to one more year in prison.”

This question has an answer that’s not shrouded in mystery or puzzled by a maze. No need for a detective on this one. The “daring perspicacity” of Borges’s Erik Lönnrot in “Death and Compass” would only be wasted on an investigation of this kind. MyNorthwest: “Will ‘normal’ congestion return with reopening of the West Seattle Bridge?” I feel sorry for you, son, if you have to sit and think this one over.

A reminder that a major part of the success of earth- and city-killing car culture is that a large amount of law-breaking is, in general, permitted. And so it’s not a surprise to learn that “Washington State Patrol troopers cited 170 high-occupancy vehicle lane violators during a 2 1/2 hour emphasis patrol on Wednesday, according to Trooper Rick Johnson.”

I do not like New York City’s Mayor Eric Adams, but as he is very regressive on certain issues, he is very progressive on others. An example for the latter: Adams is set to start a program that will install “intelligent speed assistance [ISA]” on 50 vehicles owned by the City. ISA is a technology “that prevents a driver from exceeding the speed limit on a given street or highway.” This technology needs to be applied on all cars that enter the city. A driver should have no opportunity to drive as they feel in a densely populated area.

A detained woman escaped her handcuffs and shot a deputy and civilian through the window of a patrol car in Blanchard, Oklahoma. https://t.co/F7YurGFM6w pic.twitter.com/IubaiKJAr6

This is what GOP voters in Wyoming chose over Liz Cheney, in case anyone was wondering how the Republican Party was going: pic.twitter.com/7cv9gkvaFP

Let’s end PM with a wonderful tune by Michael Nyman and David McAlmont, “Secrets, Accusations and Charges.” Yes, it is based on Nyman’s theme for the 1990s sci-fi flick Gattaca. 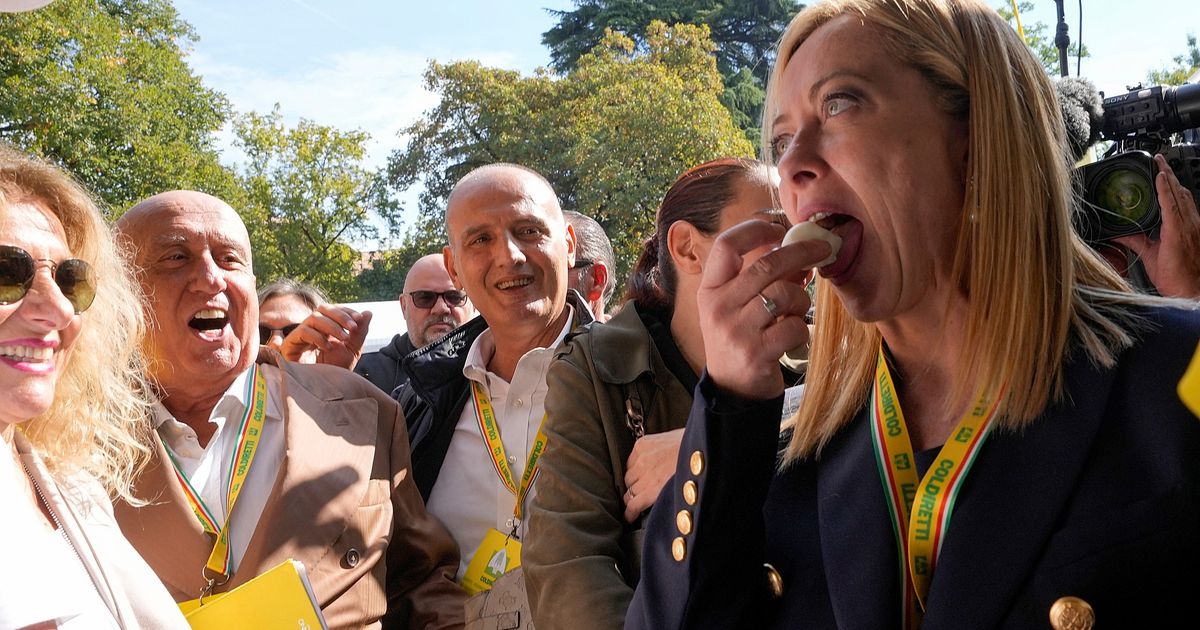