By James Gordon For Dailymail.com


Former President Donald Trump took credit for the GOP‘s surprise showing in last week’s elections as he reasserted his claim as kingmaker – and told his party that it cannot win back the presidency in 2024 without his MAGA supporters – during a speech at the National Republican Congressional Committee in Florida on Monday.

Trump boasted to attendees at the dinner in Tampa that Glenn Youngkin would have lost the Virginia governor’s race if his red-hatted army did not turn out to vote for the Republican, according to the New York Times.

Youngkin, aware that he needed to focus the race on local issues to have a shot at winning in Democratic-leaning Virginia, publicly kept his distance from Trump – with the two never appearing together.

President Trump spoke to loyal Republicans at a NRCC dinner in Tampa, Florida 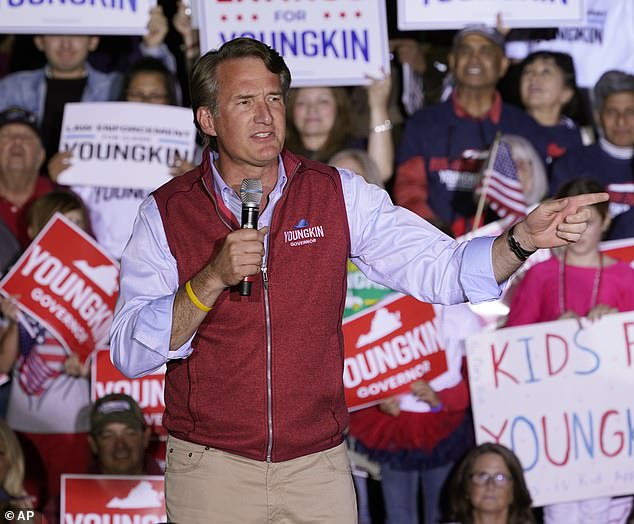 Trump had enthusiastically endorsed Youngkin and privately spoke with the candidate by phone, but the former president never went to the state to endorse Youngkin nor showed up at any rally despite at one point him teasing a trip to Arlington to appear with the candidate.

Instead, Trump monitored the campaign from his Mar-a-Lago headquarters in Florida.

Still, it did not stop Trump from sucking up some of the credit Monday, stating Youngkin ‘probably would have lost big without him. And Glenn probably knows this.’

One Republican supporter doesn’t believe that Trump is ready to step back and raise funds for other candidates, instead believing he may want another shot at the presidency himself.

‘If Trump was serious about cementing his role as kingmaker he would be raising and contributing tons of money to his chosen candidates. A hug at a rally or positive tweet is still very important in some races. But that alone does not ensure victory. On the contrary,’ wrote Janet Mullins Grissom on Twitter.

Youngkin’s victory came in a state filled with suburban voters whose loathing of Trump prompted them to flee the GOP in significant numbers in 2018 and 2020. Joe Biden carried the state by 10 points in his win over Trump.

It is a forbidding signal for Democrats gripping paper-thin congressional majorities and facing midterm elections in which the party holding the White House historically loses droves of seats, particularly in the House.

President Biden said the country ‘took a monumental step forward’ after the House passed the $1.2 trillion bipartisan infrastructure bill with a vote of 228 to 206 on Friday night.

It gives Biden and Democrats a much-needed jolt of good news after poll numbers had fallen for the president.

Trump said the bill gave Biden a victory at a time when his numbers are soft but he excoriated the 13 Republicans who crossed the aisle to vote with the Democrats.

‘No thank you goes to the Republicans who voted for the bill,’ he said.

Later, Trump began to speak of the January 6 riots at the Capitol for which he has  faced the blame for inciting his followers to march on Congress.

Supporters of former President Trump have argued they were merely doing what they thought the nation’s leader had asked.

But Trump pivoted on the issue, telling Republican lawmakers the real ‘insurrection’ took place on November 3 – the day he lost the 2020 presidential election by 7 million votes. 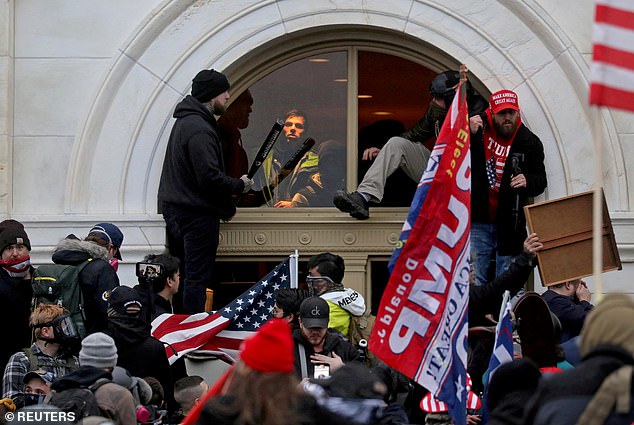 Trump told Republican lawmakers the real ‘insurrection’ took place on November 3 – the day he lost the 2020 presidential election by a whopping 7 million votes. Pictured, a mob of supporters of then-U.S. President Donald Trump climb through a window they broke as they storm the U.S. Capitol Building in Washington

Guess Who This Mini Musician Turned Into!