Yaritza Velazquez-Medina took a chance on a major career turn when she decided to drop her work as a crisis counselor in 2018 to pursue her artistic passions. She enrolled at Otis College of Art and Design in Los Angeles to become a graphic designer — even though she wracked up about $70,000 in college debt to do so.

But after she crossed the stage Sunday to receive her diploma at commencement ceremonies, she and 284 other graduates in the Class of 2022 received stunning news: Their college debt would be completely paid off through the largest donation in the school’s century-old history by Snapchat co-founder Evan Spiegel and his wife, Miranda Kerr, who is founder of the beauty company Kora.

Charles Hirschhorn, Otis president, made the announcement during the commencement ceremony at the Westin Los Angeles Airport Hotel, drawing gasps and cheers from the audience. Some graduates hugged, cried and jumped for joy.

Spiegel — whose creation of the popular instant messaging app with two former Stanford University classmates made him the world’s youngest billionaire in 2015 — took summer classes at Otis during high school.

“It changed my life and made me feel at home,” Spiegel told the graduating class. “I felt pushed and challenged to grow surrounded by super talented artists and designers, and we were all in it together.”

Spiegel and Kerr are founders of The Spiegel Family Fund. They said in a statement that the college is “an extraordinary institution that encourages young creatives to find their artistic voices and thrive in a variety of industries and careers.

“It is a privilege for our family to give back and support the Class of 2022, and we hope this gift will empower graduates to pursue their passions, contribute to the world, and inspire humanity for years to come.”

The donation comes as student loan debt has soared in the last few decades, driven by rising college costs and less public funding to cover them. More than 43 million Americans owe the federal government $1.6 trillion — an average $37,000 per person — making up the biggest share of consumer debt in the U.S. after mortgages.

In California alone, 3.8 million residents owe $141.8 billion, the largest share of any state. Those struggling most with crushing debt are disproportionately students who are low-income, underrepresented minorities and the first in their families to attend college.

The financial burden is harming mental health, delaying marriages, preventing home ownership and discouraging new businesses, researchers have found. The widespread effects are intensifying pressure on the Biden administration to craft a student debt relief plan; one proposal under consideration is federal forgiveness of at least $10,000 in debt for people making less than $125,000 a year.

The crisis has also prompted some donors to pay off student loan debt. In 2019, billionaire Robert Smith made national headlines when he announced he would cover the loan debt of the entire graduating class at Morehouse College by donating $34 million to the historically Black men’s school in Atlanta.

Hirschhorn did not disclose the size of the Spiegel family gift but said it surpassed the college’s previous largest gift of $10 million. Spiegel and Kerr offered their historic donation after Hirschhorn told them the college wanted to award the couple honorary degrees and invited them as commencement speakers this year. The couple was not available for an interview.

“My reaction was euphoria,” Hirschhorn said. “Student debt weighs heavily on our diverse and talented graduates. We hope this donation will provide much-deserved relief and empower them to pursue their aspirations and careers, pay this generosity forward, and become the next leaders of our community.”

The private nonprofit college, established in 1918 as the first professional arts school in Los Angeles, educates about 1,200 students — 77% identifying as non-white and 30% as the first in their family to attend college. The diversity enriches the school’s creative output, with student designs featuring Black, Japanese, Persian, Mexican American and other cultural inspirations.

Annual tuition is $49,110 for 2022-23, and 92% of students receive financial aid. The college does not disclose average loan debt for graduates.

Hirschhorn said 90% of graduates find jobs in their field of study within six months of graduation and earn an average entry-level pay of about $50,000. The college offers programs in communication arts, digital media, environmental design, fashion design, fine arts, product design and toy design. According to its annual report on California’s creative economy, the sectors directly employed nearly 1.4 million people and produced $687 billion in gross regional product in 2020, nearly a quarter of the state’s output.

Graduate Farhan Fallahifiroozi couldn’t believe the news Sunday that his student debt was paid for.

“All of it, really?” he asked, still trying to absorb the shock.

Fallahifiroozi emigrated with his family from Iran in 2015 to find better opportunities he said were unavailable to them as members of the minority Baha’i faith. They landed in Texas, where he found a passion in fashion design in high school and took on more than $60,000 in student loan debt to finance his four-year degree program at Otis.

The family flew in for his graduation. “My mom was crying,” he said. “They were so worried about it for me.”

“I had so much debt. If it’s really all gone, it puts me so much ahead.”

Even without the gift he said the investment was worth it. He found rigorous academic programs, caring mentors and industry connections — interning at Abercrombie and Fitch, for instance, and working on school projects with mentor Trish Summerville, the costume designer known for her Hollywood work on “Mank,” “The Hunger Games: Catching Fire” and “The Girl with the Dragon Tattoo.” He has accepted a job offer in his top field of interest, bridal design.

For Velazquez-Medina, the Spiegel family donation is a lifesaver. Her $70,000 student loan debt is not something her working-class parents, who emigrated from Mexico, could help pay off, but she regarded it as a worthwhile investment in herself and her passion to give creative voice to marginalized communities through design. Her school projects include a visual book on Spanglish and creative females. She has lined up a paid internship with the Libertine fashion brand in Hollywood.

“I am so grateful and so happy,” she said of the gift. She and her friends have been talking about what the future holds.

“For a lot of us, because of the pandemic, it’s hard to find a job,” she said. “It’s such a relief. It’s a weight off your shoulders.”

Hope Mackey, who grew up in Las Vegas, always loved art — “I was that person who doodled in notebooks during math class,” they said. Mackey fell in love with Otis after visiting the school’s toy design floor during a California college tour but was nervous about the financial prospects of a career in the field, especially with the five-figure student loan debt needed to get through the program.

“I immediately burst into tears,” she said upon hearing the news on Sunday. “It’s insane. I can’t believe this is actually happening.”

Now unburdened of student debt, Mackey is excited to start a job with Mattel Inc. The graduate, who identifies as queer/trans, will be working in the Barbie family division and dreams of developing nonbinary dolls.

“I want every kid to feel represented,” Mackey said. 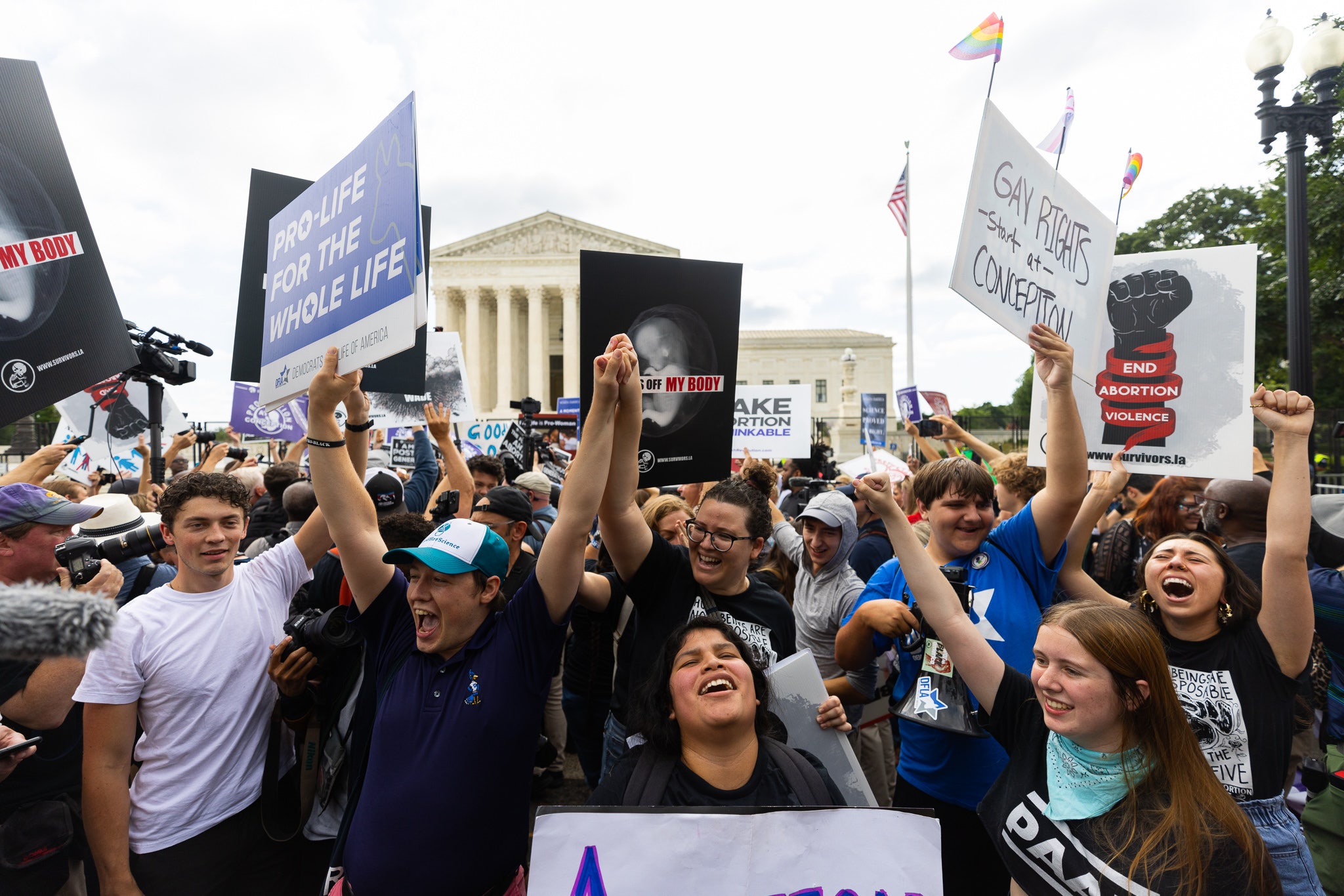