Republican Sen. Lisa Murkowski of Alaska announced Friday that she’s running for re-election next year, which will pit her against a Trump-backed GOP primary opponent.

In a video announcing her run, Murkowski pushed that ‘lower 48 outsiders are going to try to grab Alaska’s Senate seat for their partisan agendas.’

‘They don’t understand our state and frankly, they couldn’t care less about your future,’ she added.

Former President Donald Trump is actively trying to take out Republican lawmakers who voted for his impeachment including Murkowski, and formally endorsed Kelly Tshibaka, Alaska’s Commissioner of Administration, in June.

Republican Sen. Lisa Murkowski of Alaska announced Friday that she’s running for re-election next year, saying in a video that ‘lower 48 outsiders are going to try to grab Alaska’s Senate seat for their partisan agendas,’ as she runs against a Trump-backed GOP hopeful

‘Lisa Murkowski is bad for Alaska,’ Trump said in a statement. ‘I look forward to campaigning in Alaska for Kelly Tshibaka,’ he added, giving her his ‘Complete and Total Endorsement.’

Trump called Tshibaka a ‘fighter who stands for Alaska values and America First.’

‘She is MAGA all the way, pro-energy, strong on the Border, tough on Crime and totally supports our Military and our great Vets,’ he continued. ‘Kelly is a powerful supporter of the Second Amendment and JOBS!’

Trump said he was against Murkowski because she voted in favor of President Joe Biden’s pick to head the Interior Department, Secretary Deb Haaland.

Haaland has said she is against drilling in the Arctic National Wildlife Refuge, which Trump pointed out, saying Murkowski’s vote for the former Democratic congresswoman was a vote against Alaskan jobs.

‘Murkowski has got to go!’ Trump said. 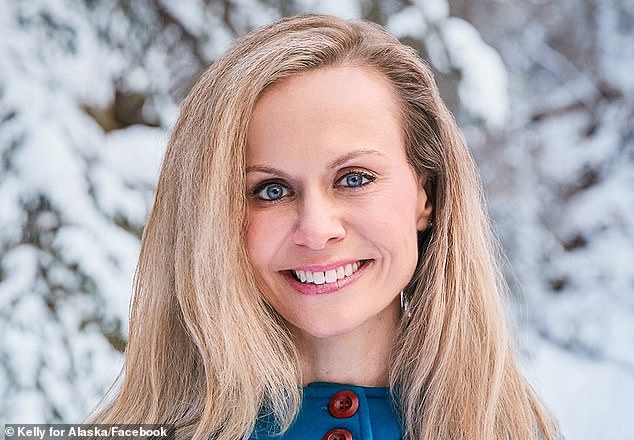 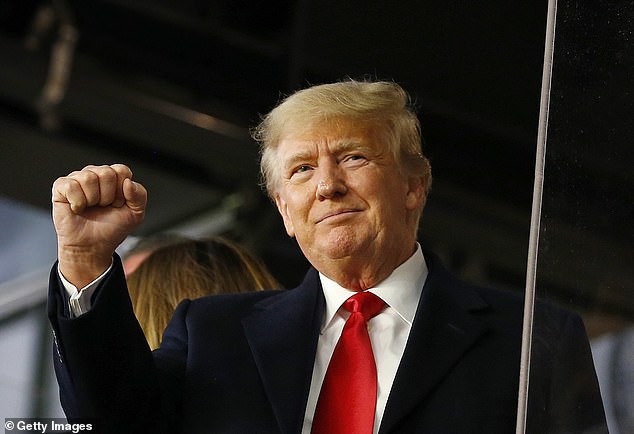 Former President Donald Trump said he wasn’t backing Sen. Lisa Murkowski because she supported the nomination of Interior Secretary Deb Haaland, who is against Arctic National Wildlife Refuge drilling. Missing from the statement was that Murkowski backed impeachment

Left out of the statement was the fact that Murkowski was one of seven Republican senators who voted to convict Trump of inciting the January 6 insurrection during his second impeachment trial.

Tshibaka jumped into the Alaska Senate race in late March.

By then, Trump had already told Politico he would ‘not be endorsing, under any circumstances, the failed candidate from the great State of Alaska, Lisa Murkowski.’

‘She represents the state badly and her county even worse,’ Trump said. ‘I do not know where other people will be next year, but I know where I will be – in Alaska campaigning against a disloyal and very bad Senator.’

Tshibaka, whose run was first reported by Fox News, said she was running to represent a ‘new generation of Alaska conservatives.’

Her stances include being tough on immigration, pro-Second Amendment and anti-abortion.

Tshibaka is an Alaska native and went to high school in the state before attending Texas A&M University and then Harvard Law School, according to the Anchorage Daily News, who shared a copy of her resume when she was appointed by Alaska’s governor to lead the Department of Administration in January 2019.

She spent nearly 17 years in the Washington, D.C. working for the federal government under the Bush 43, Obama and Trump administrations.

Tshibaka worked for the office of inspector general for the U.S. Postal Service, the Federal Trade Commission, the Director of National Intelligence and the Justice Department.

The Anchorage Daily News also reported that she and her husband Niki are pastors and launched the Lighthouse Fellowship during their time in D.C.

On her campaign website, Tshibaka describes herself as a ‘fighter.’

‘I fought hard to be the first in my family to pursue a college degree and attend law school. I fought to expose waste, fraud and abuse in government, and I’ll bring that same fight to the US Senate where I will always defend Alaska values,’ Tshibaka said.

Murkowski has taken out a fellow Republican in the past.

Euromillions results and live draw: £88 million up for grabs in Fridays draw

Substack Is Now a Playground for the Deplatformed