Jeffrey Epstein believed he could make a deal to beat his sex trafficking charges by turning against Donald Trump or Bill Clinton, a new book claims.

The billionaire pedophile thought the Justice Department – under President Trump – ordered his arrest because they wanted him to ‘flip and reveal the secrets of Bill Clinton’, who had flown on Epstein’s plane multiple times.

He also believed federal prosecutors in New York who were investigating Trump could have been after dirt on the former president.

The late financier believed that ‘even in this climate’ there was a ‘deal to be made,’ journalist Michael Wolff writes in Too Famous: The Rich, the Powerful, the Wishful, the Damned, the Notorious – Twenty Years of Columns, Essays and Reporting.

The book – available on October 19 – recounts in vivid and macabre detail Epstein’s final months before his arrest in July 2019 and his subsequent suicide before he could face trial.

Jeffrey Epstein believed federal prosecutors ordered his arrest in 2019 because they were trying to get him to spill Bill Clinton’s ‘sex secrets,’ a new book has claimed 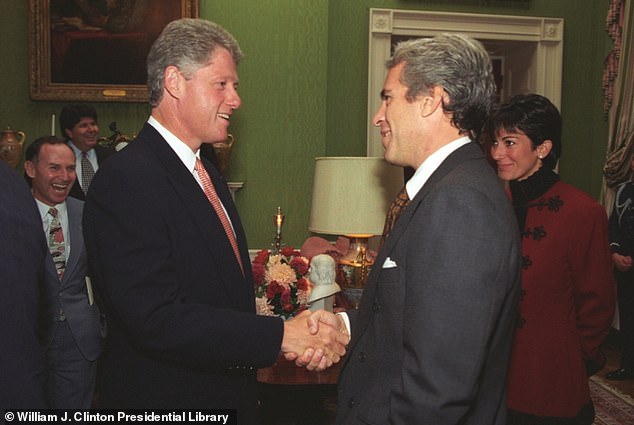 The billionaire pedophile thought the sex trafficking charges were part of a larger plan to get him to give up dirt on his friends Trump or Clinton, according to Michael Wolff’s new book, Too Famous: The Rich, the Powerful, the Wishful, the Damned, the Notorious

Wolff reveals that Epstein had considered trying to rehabilitate his image with a TV interview with Rachel Maddow or Gayle King and even staged a mock exchange with former Trump strategist Steve Bannon.

Epstein also had the support of former Israeli Prime Minister Ehud Barak who downplayed his crimes as ‘prostitution’ and had believed that ‘the secrets are safe’ so long as the billionaire financier was alive.

The book reveals the pedophile was flippant about his depraved sexual habits and even compared himself to New England Patriots owner Robert Kraft who was arrested for soliciting prostitutes at massage parlors in early 2019.

‘Bob gets dinner out, I get take-in,’ Epstein reportedly said.

Wolff writes that the financier, who typically ignored the allegations against him that were reported in the media, was about to pay a British PR firm $3million to run a ‘war room’ to push back on every story about him at the time of his death. 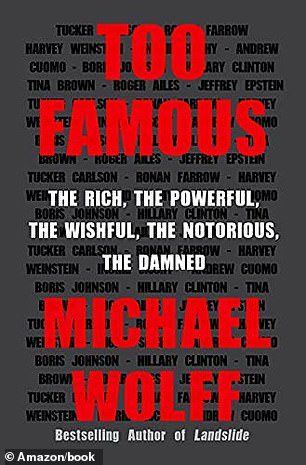 Just before he hanged himself in his cell, Epstein made a morbid joke in a note to a friend saying: ‘still just hanging around – no pun intended,’ according to the book.

Wolff’s previous books have included the sensational ‘Fire and Fury’ about the Trump White House, written in a gossipy tone recounting the conversations the journalist saw while in the room.

Too Famous takes a similar approach and appears to be based on at least three occasions where Epstein invited Wolff to his New York mansion and his apartment in Paris in the spring of 2019.

Epstein was arrested on July 6, 2019 while flying back from Paris and at the time was ‘on the verge of pulling the trigger’ on buying a vast property in Morocco, Wolff writes.

Had the sale gone through it would have been significant as Morocco has no extradition treaty with the US.

On board the flight home was Epstein’s girlfriend of seven years, who Wolff calls ‘a young woman from Belarus whom he had put through dental school.’ DailyMail.com has identified her as Karyna Shuliak.

Also on board were two blond and tall assistants who one of Epstein’s friends jokingly called ‘The law firm of Comely & Comely.’

Epstein flew to Teterboro airport in New Jersey and 30 minutes into the flight the pilots were asked to confirm Epstein was on board.

The financier became ‘suddenly alarmed’ and told his pilots to turn around but he was told it was impossible.

Federal agents were waiting for Epstein and arrested him as he came down the steps of his plane for sex trafficking charges. 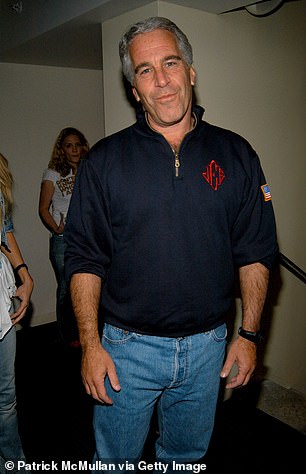 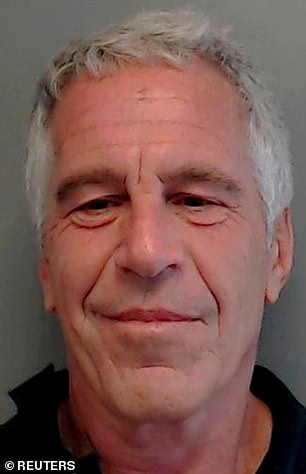 Epstein was arrested on sex trafficking charges on July 6, 2019 while flying back from Paris and killed himself the following month before he could face trial

Epstein was previously convicted of procuring a child for prostitution in 2008, but according to Wolff, he believed there were ‘two likely scenarios’ behind his 2019 arrest.

‘The White House, through the Justice Department, was looking to press a longtime Republican obsession, and Trump ace-in-the-hole, and get Epstein to flip and reveal the sex secrets of Bill Clinton,’ he writes.

The other scenario was that prosecutors from the Southern District of New York, which were investigating Trump’s business affairs, ordered the arrest of Epstein to ‘pressure him to flip on Trump.’

Wolff writes that there were ‘many likely holes in these theories’ and the reality could have been that Epstein was ‘just one more fallen sexual villain.’

‘No matter, in Epstein’s view – shared by [lawyer Reid] Weingarten – that did not mean there wasn’t, even in this climate, a deal to be made,’ the book states.

Perhaps the most macabre moment in the book is Wolff’s claim that a few hours before his death, Epstein, who had already tried to kill himself once before while in prison, sent a note to a friend about his state of mind.

It read: ‘Pretty crazy. But still just hanging around – no pun intended.’

Wolff reveals that months before his death he had visited Epstein’s $75million Upper East Side mansion where he bumped into Ehud Barak.

At the time, Barak – who served as Israel Prime Minister from 1999 to 2001 – was considering running for office again and would later form a new party that ran in the September 2019 Israeli elections. 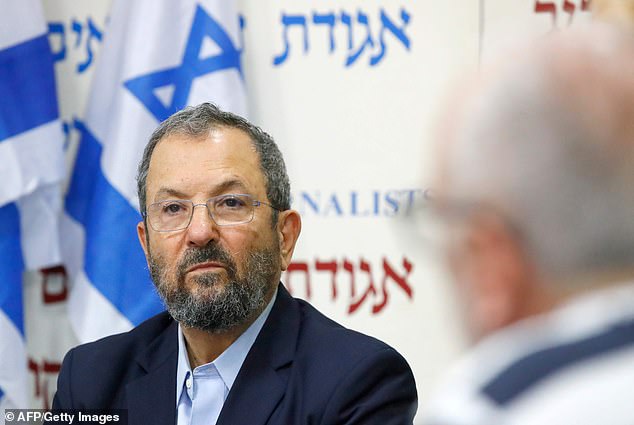 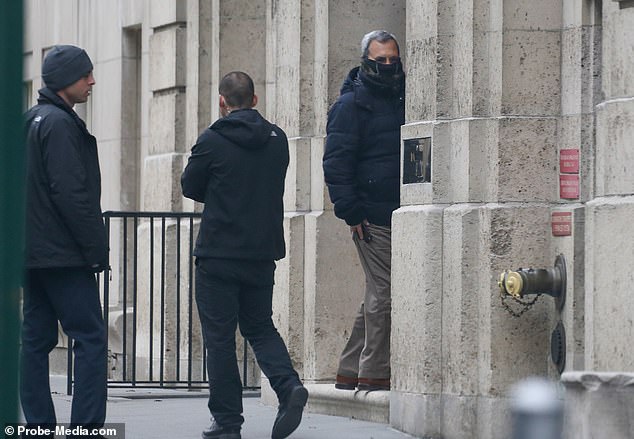 Despite this, Barak was so often at Epstein’s he was ‘almost a fixture’ and the pedophile would call him ‘cuddly’ due to his portly frame, Wolff writes.

Epstein admired the former Israeli general and thought of him as ‘one of his important confidants, with special tough-guy powers.’

On Wolff’s visit, Epstein opined on everything from his legal troubles which he called a ‘chronic illness’ which ‘couldn’t be cured but won’t kill me.’

He said he thought Trump was a ‘moron’ and believed that his Attorney General Bill Barr was really the person in charge.

Steve Bannon called in on the phone during the visit and told Epstein: ‘You were the only person I was afraid of during the campaign’ because he thought he had dangerous secrets on Trump. 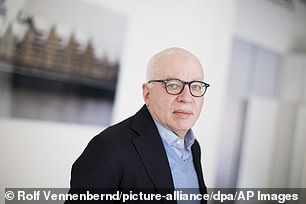 Epstein replied: ‘As well you should have been.’

According to Wolff, Epstein’s attorney Reid Weingarten told his client that his legal problems were ‘bad, heart attack bad’, adding that it was the ‘fight of your life.’

Barak tried to offer some sympathy for Epstein, who served 15 months in prison in Florida in 2007 for soliciting a minor for prostitution under a sweetheart plea deal.

‘Prostitution, it seems is no longer called prostitution. It is something else. Much worse,’ he said.

Epstein asked Weingarten what ‘cover’ he could get from the case of Robert Kraft, who had recently been arrested for solicitation of prostitution at massage parlors in Florida.

Amid the clubby atmosphere, Epstein flippantly compared himself to Kraft and remarked: ‘Bob gets dinner out, I get take-in’, referring to him having girls visit his house. 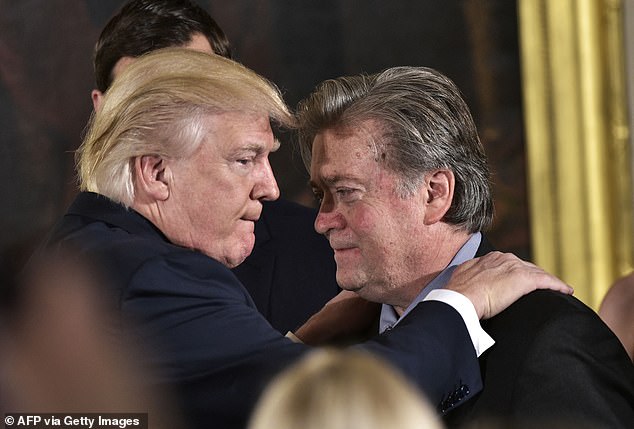 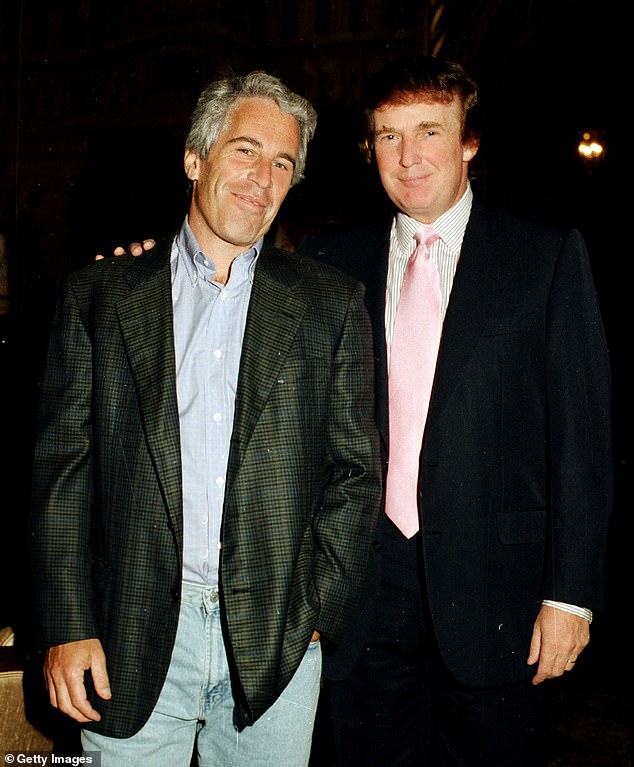 According to the book, Epstein said he thought Trump was a ‘moron’ and believed that his Attorney General Bill Barr was really the person in charge

‘But otherwise there is no difference. I think there’s an opportunity to use Kraft as a way to talk about what prostitution is – that it is what it is,’ he said.

During the discussion the men talked about how to rehabilitate Epstein’s image: Barak thought he should stay out of the public eye while Weingarten wanted him to appear on 60 Minutes or CBS This Morning where he would face questioning by host Gayle King.

Another possibility floated was Epstein appearing on Rachel Maddow’s show but Bannon said it would be tough.

He said to Epstein: ‘Here is the first question. What’s the age of the youngest girl?’

Epstein said: ‘That would be good, because the answer to that question is that there was one girl who was fourteen years old and she told the police she lied about her age.

‘She told everyone she was 18 because she was afraid she would never be allowed into the house.’

When Bannon asked if that was the only one, Epstein gave a car crash reply and said: ‘No, the youngest one…’ 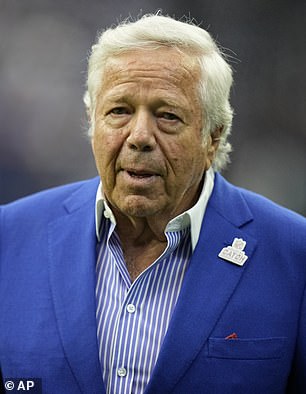 Epstein was flippant about his depraved sexual habits and even compared himself to New England Patriots owner Robert Kraft who was arrested for soliciting prostitutes at massage parlors in early 2019, Wolff writes

Despite this, Epstein took the idea of doing a TV interview so seriously that he invited Bannon to come back later with a TV crew to question him to see if it would work.

At this Epstein ‘rolled his eyes and made the gesture of the noose above his head’, Wolff writes.

Epstein said: ‘Who’s going to play me on Saturday Night Live? There’s a process here of getting him on camera and of having him study it like you study NFL films – like Tom Brady.’

Wolff reproduces a transcript of the mock interview with Epstein being questioned by Bannon about his finances and his sexual habits.

The interview veers hen completely off the rails when the subject of race comes up.

Epstein says: ‘They (black people) can do great mathematics, they just have to be playing basketball at the same time.

‘Seriously, when blacks learn…one of the nice things about basketball is that they are moving around.

‘Blacks learn really well when they are moving around. And in American schools you tell Blacks to sit in their chairs.’

Epstein also claimed to have escorted Princess Diana to an occasion but did not give any more details.

Afterwards Bannon told Epstein that he was ‘good’ but told him to stay away from discussions about race.

Wolff writes that Bannon looked at a photo of Epstein with the Crown Prince of Saudi Arabia and Epstein that was hanging on the wall.

Epstein said: ‘Do you know why he’s laughing?’

Bannon said: ‘Because he just cut up Khashoggi?’ referring to Jamal Khashoggi, the Saudi American Washington Post journalist who was dismembered in the Saudi embassy in Istanbul.

Epstein said: ‘No, because I just told him I smuggled girls into the kingdom dressed as airline stewardesses – the penalty for which is’, at which point Epstein brought down an imaginary saber down.

At Epstein’s apartment in Paris he was visited by executives from a British PR firm who offered him a plan to turn his reputation around in 30 to 60 days which would cost $3million.

The proposal involved setting up a well-staffed ‘war room’ to rebut every allegation made in the media against Epstein with a ‘comprehensive dump of information’.

At one point one of the PR advisers said that Epstein was akin to the ‘Madoff of pussy’ referring to the late Ponzi schemer Bernie Madoff, ignoring his proclivity for underage girls.

Epstein whined that he thought everything had started to go wrong years ago when he lost out to Trump when both wanted to buy a mansion in Palm Beach.

Epstein thought that Trump had ‘cultivated’ the Palm Beach police and may have had a hand in the investigation into him in 2006 and continued to stalk him.

At that point Epstein was all set to move forward with the PR firm, but events would soon overtake him in a dramatic way.

Brave browser cuts off another avenue for tracking your web activity 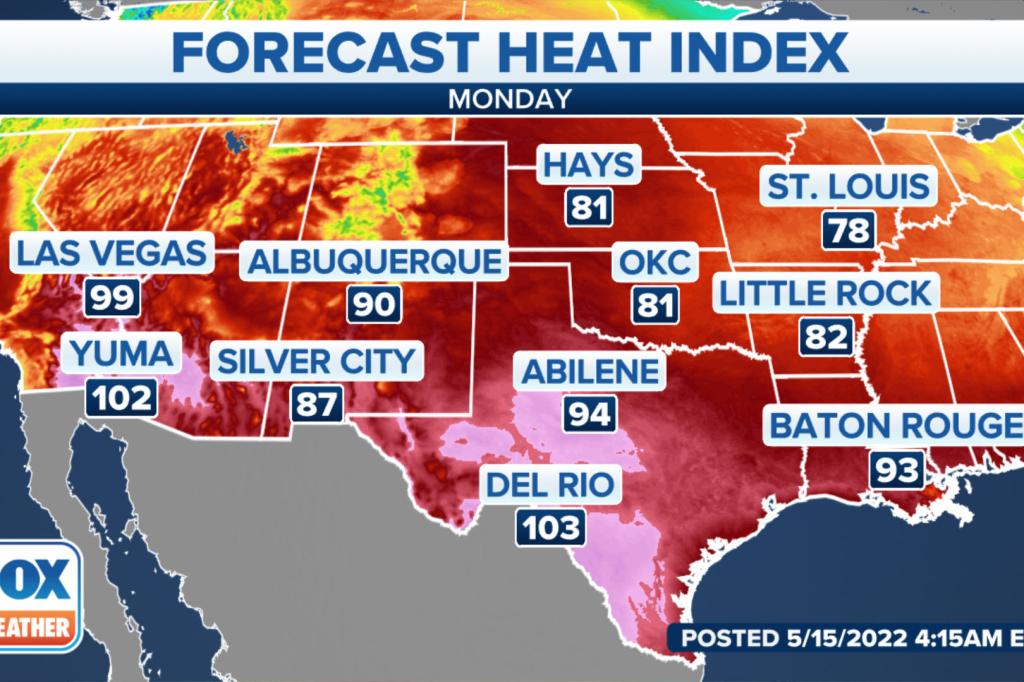 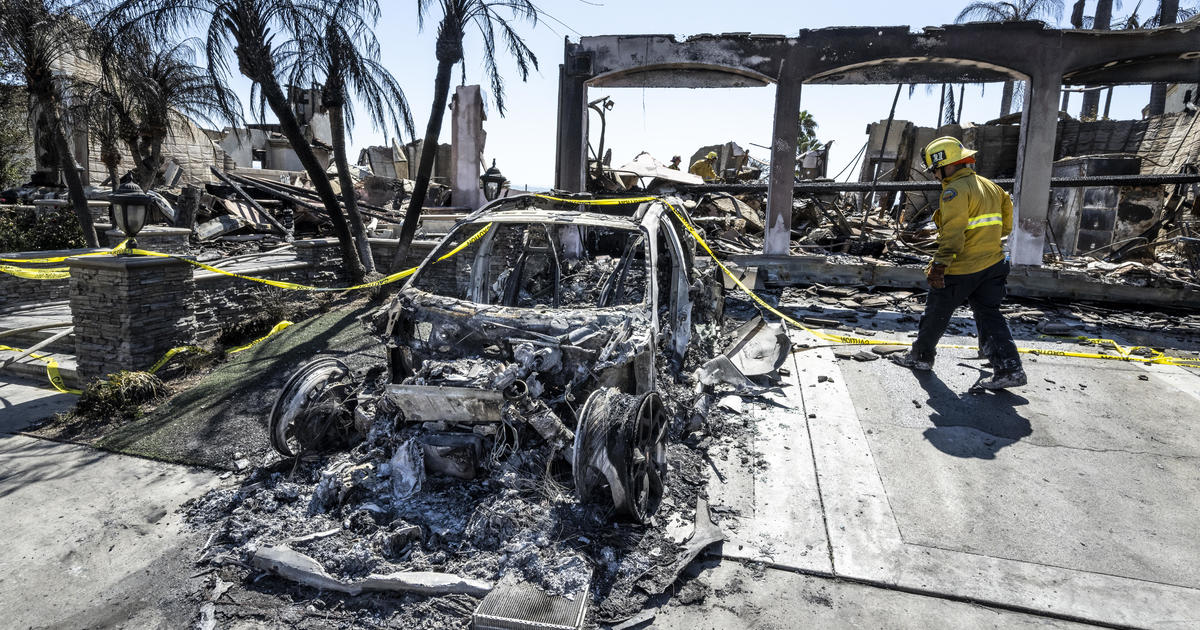 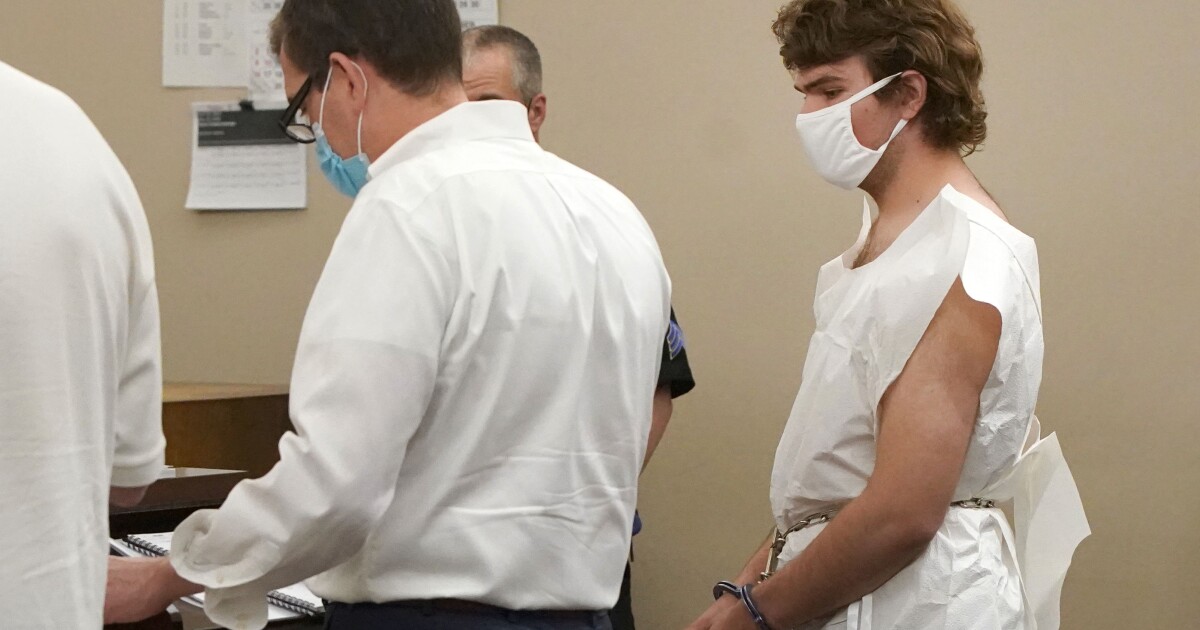 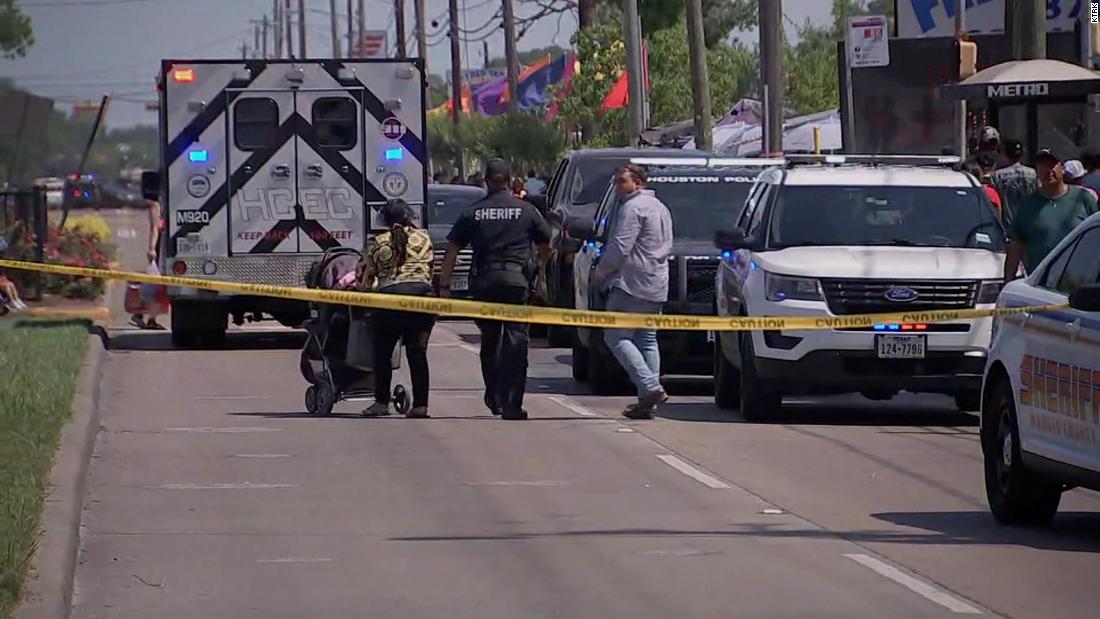