Herschel Walker‘s son Christian, a conservative social media personality, claimed Donald Trump was ‘demanding’ that the ex-NFL star launch his failed bid for Senate, despite his family begging him not to do so.

In a post made on Twitter minutes after his father’s loss to Democrat Sen. Raphael Warnock in Georgia, Christian Walker said his and his mother’s objections to Walker’s candidacy ‘got the middle finger.’

The 23-year-old also accused Republicans of backing Walker as a candidate just because he is black, like Warnock is.

‘The Truth: Trump called my dad for months DEMANDING that he run. Everyone with a brain begged him: “PLEASE DON’T DO THIS. This is too dirty, you have an insane past… PLEASE DONT DO THIS,”’ Christian Walker wrote on Twitter.

He added, ‘We got the middle finger. He ran.’

In a follow-up post, Christian Walker called the GOP out for playing ‘identity politics’ – an accusation the right frequently lodges at Democrats.

‘Republicans, we say we don’t play “identity politics” and then you ran this man mainly because he was the same skin color as his opponent with no background other than football. A boring old Republican could have won,’ the social media star wrote.

DailyMail.com has reached out to a Trump spokesperson for comment but did not immediately hear back.

Warnock, who was seeking his first full term after winning a special election in January 2021 against a Trump-aligned GOP senator, defeated former NFL star Walker to give his party 51 seats in next year’s chamber.

Walker is a close personal friend of Trump’s, but in the end he could not overcome the slew of allegations of domestic abuse and coerced abortions.

Christian Walker’s public profile rose sharply after his father entered the Georgia Senate race, but he rarely appeared alongside his football star dad on the campaign trail.

He publicly broke from Walker in early October after a bombshell Daily Beast report accused Walker – who is pro-life – of paying for an ex-girlfriend’s abortion.

In two videos posted to Twitter on the morning after the report on Walker’s abortion payment surfaced, Christian claimed he had ‘stayed silent’ while ‘atrocities’ against his mother – Walker’s ex-wife – ‘were downplayed’ by the candidate and his allies.

Walker has vehemently denied ever paying for an abortion.

‘I stayed silent as the atrocities committed against my mom were downplayed. I stayed silent when it came out that my father, Herschel Walker, had all these random kids across the country – none of whom he raised. And you know, my favorite issue to talk about is father absence. Surprise, because it affected me,’ Christian Walker said in the first of two short videos.

‘Family values, people? He has four kids, four different women, wasn’t in the house raising one of them.’ 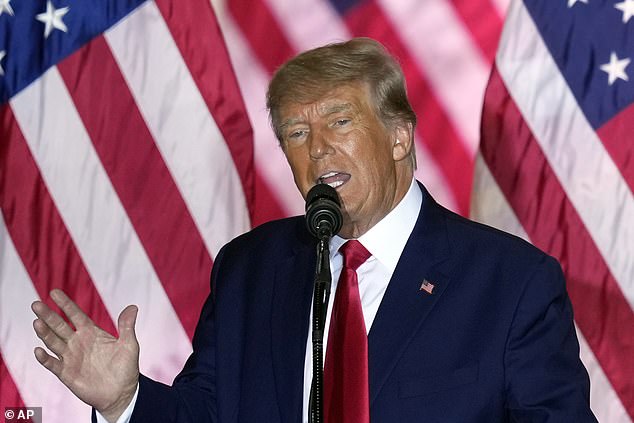 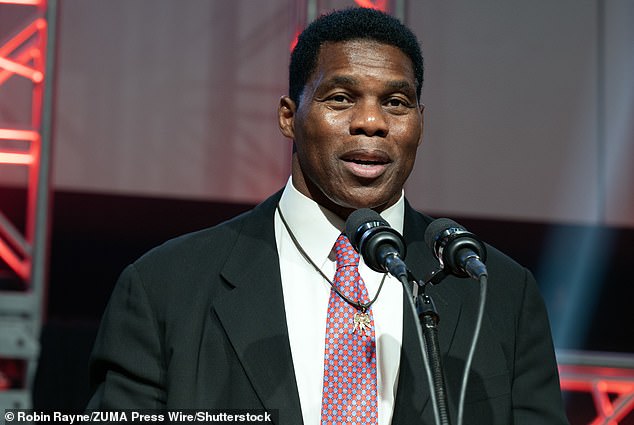 It came after the report cited as proof a check written by Walker for $700, a card in which he allegedly told his then-girlfriend to ‘feel better’ after the procedure, and confirmation from a friend of the woman who said she took care of her after the abortion.

Walker has denounced the report as a ‘flat out lie’ and vowed to sue over it.

But Christian attacked his denial on Tuesday: ‘I was silent lie after lie after lie. The abortion card drops yesterday. It’s literally his handwriting in the card. They say they have receipts, whatever. He gets on Twitter, he lies about it. Okay, I’m done.’

Christian Walker also suggested his father threatened his life, claiming: ‘You’re not a “family man” when you left us to bang a bunch of women, threatened to kill us, and had us move over 6 times in 6 months running from your violence.”

On Tuesday night after the runoff, he lashed out at his father’s allies who criticized him speaking out against the GOP campaign.

‘I was called a backstabber after getting angry and blowing up from watching my dad lie for 18 months straight,’ Christian Walker wrote on Twitter.

‘But he’s not a backstabber for leaving his 2 minor children he kept secret to grow up without a dad as he chases more fame and power? Pathetic. Raise your kids.’

The Pentagon awards Amazon, Google, Microsoft, and Oracle a cloud-computing contract of up to $9B each through 2028 under the Joint Warfighting Cloud Capability (Jordan Novet/CNBC)