New York officials are warning that hundreds of Empire state residents may already be infected with the devastating polio virus after it was detected in wastewater of a second county in the state.

State surveillance detected presence of the polio virus in at least two different areas of Orange County, New York – around an hours drive from New York City – in June and July. It comes within weeks of officials announcing a confirmed polio case in Rockland County – just northwest of the Big Apple’s Bronx borough. The virus was also detected in Rockland wastewater last month.

Because polio is either mild or asymptomatic in a majority of cases, it is likely that the detection of one symptomatic case means there could be hundreds of others that will never be detected. Finding the virus in wastewater samples in multiple counties confirms fears that the virus has been spreading in the state for sometime before the Rockland case was detected.

A vaccinated person has little to worry about, and the U.S. has vaccine coverage of over 90 percent. Many had to receive the jabs to go to primary school. Inoculation lasts for life and there is no booster required for a person to stay safe from the virus.

Officials are urging the population to get vaccinated to prevent a resurgence of the devastating virus. Orange and Rockland are both among the counties with the lowest vaccine coverage against the virus – at 59 and 60 percent respectively. A person who is already vaccinated is not believed to be at any risk.

Officials in New York are warning that there may already be ‘hundreds’ of New Yorkers infected with polio after at least three wastewater samples were detected across two counties just outside of New York City, Rockland and Orange (pictured)

‘Based on earlier polio outbreaks, New Yorkers should know that for every one case of paralytic polio observed, there may be hundreds of other people infected,’ Dr Mary Bassett, the state’s health commissioner said. 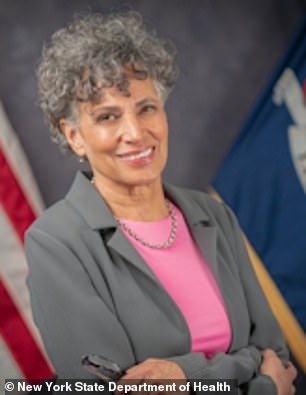 Dr Mary Bassett (pictured), New York health commissioner, warns that there may be hundreds of undetected polio cases in the state

‘Coupled with the latest wastewater findings, the Department is treating the single case of polio as just the tip of the iceberg of much greater potential spread.

‘As we learn more, what we do know is clear: the danger of polio is present in New York today. We must meet this moment by ensuring that adults, including pregnant people, and young children by 2 months of age are up to date with their immunization.’

The case was confirmed in an Orthodox Jewish man in his 20s. He himself is unvaccinated, and contracted the vaccine-derived version of the virus.

Vaccine-derived polio can form when a person receives a live-virus vaccine – an oral immunization that can pass the virus on to others through fecal contamination.

That vaccine is no longer used in America, meaning it likely transmitted from a person that receive it abroad and eventually made it back to this New York man.

He suffered paralysis as a result of his infection and is now recovering at home after a hospital stay. It was reported earlier this week that he is still struggling to walk.

Polio: Once the most feared disease in America that has now become a rarity

Polio is a serious viral infection that used to be common all over the world.

The virus lives in the throat and intestines for up to six weeks, with patients most infectious from seven to 10 days before and after the onset of symptoms.

But it can spread to the spinal cord causing muscle weakness and paralysis.

The virus is more common in infants and young children and occurs under conditions of poor hygiene.

How deadly is it?

Most people show no signs of infection at all but about one in 20 people have minor symptoms such as fever, muscle weakness, headache, nausea and vomiting.

Around one in 50 patients develop severe muscle pain and stiffness in the neck and back.

Less than one per cent of polio cases result in paralysis and one in 10 of those result in death.

Of those who develop symptoms, these tend to appear three-to-21 days after infection and include:

How does it spread?

People can catch polio via droplets in the air when someone coughs or sneezes, or if they come into contacted with the feces of an infected person.

Is polio still around in the U.S.?

The last case of person-to-person transmission in the U.S. was in 1979, which was also marked the last wild polio case.

But there have been several dozen cases of vaccine-derived polioviruses since, although they have been one-offs, with no onward transmission.

Given his lack of international travel during the standard infection period, it is likely that he contracted the virus stateside. This alerted officials to begin surveillance.

‘Given how quickly polio can spread, now is the time for every adult, parent, and guardian to get themselves and their children vaccinated as soon as possible,’ Basset said.

Polio is a potentially disabling and life-threatening disease, which in serious cases can spread to the spinal cord triggering paralysis and even death.

It is highly contagious and spreads after someone touches a surface contaminated with an infected person’s feces and then their own mouth.

About one in four people who catch the virus develop flu-like symptoms including a sore throat, fever, tiredness and stomach pain.

One in 25 will go on to suffer meningitis — when the spinal cord is infected — and later paralysis. Of these, up to one in ten die from the infection.

It was once the most feared disease in the U.S., sparking panic throughout the 1940s.

Parents were left afraid to let their children play outside — particularly in summer when the virus appeared to be more common —, and public health officials would impose quarantines on homes and even whole towns where it was spotted.

It was behind more than 15,000 paralyses every year, and hundreds of deaths.

But in the mid-1950s the country began rolling out poliovirus vaccines to prevent the disease.

By 1979, the United States declared the virus had been eliminated. There has been no known transmission on U.S. soil since.

The vaccine was also rolled out globally, with the virus pushed back to just a few countries.

It is now only known to be circulating in Pakistan and Afghanistan. The WHO warns that as long as it continues to spread there, it remains a threat to the world.

But in recent years — as the virus has retreated from the national memory — vaccination rates have slowed in the United States.

Latest figures show now about 92.6 percent of Americans are vaccinated against polio by their second birthday.

This is below the 95 percent threshold the WHO says is needed to stop an outbreak.

The Centers for Disease Control and Prevention (CDC) recommends that all children should get the polio vaccine.

It is given as four shots in the leg or arm, with the first given at two months old, the second at four months, the third between six and 18 months and the final dose between four and six years old.

The vaccine is highly effective, with 99 percent of children receiving life-long protection against the disease. 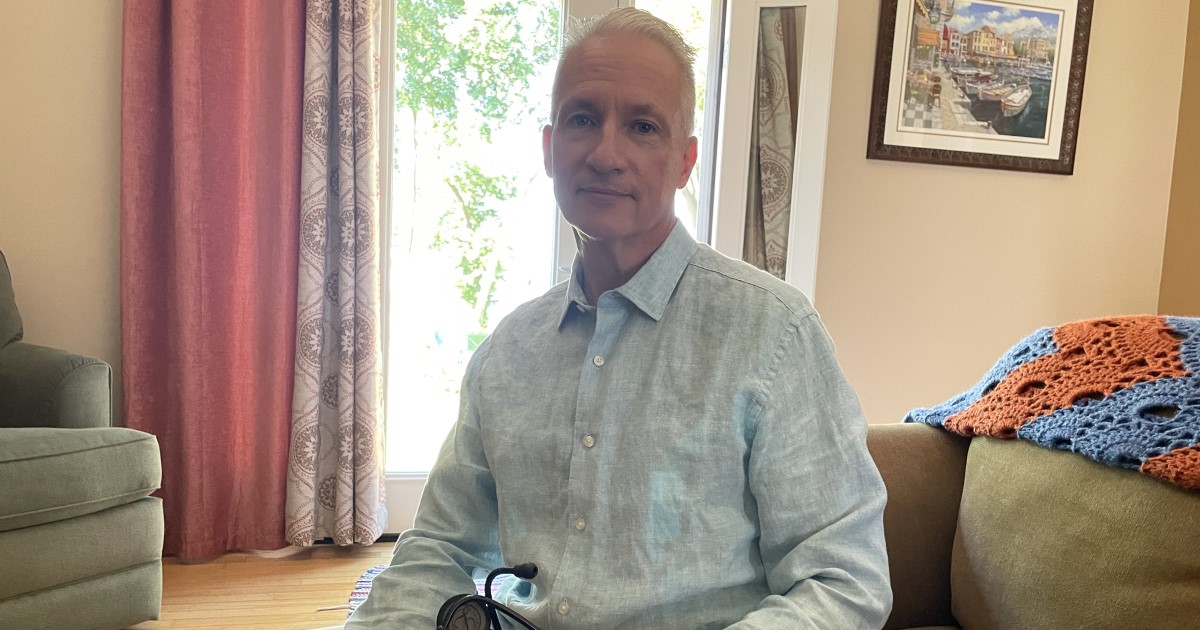 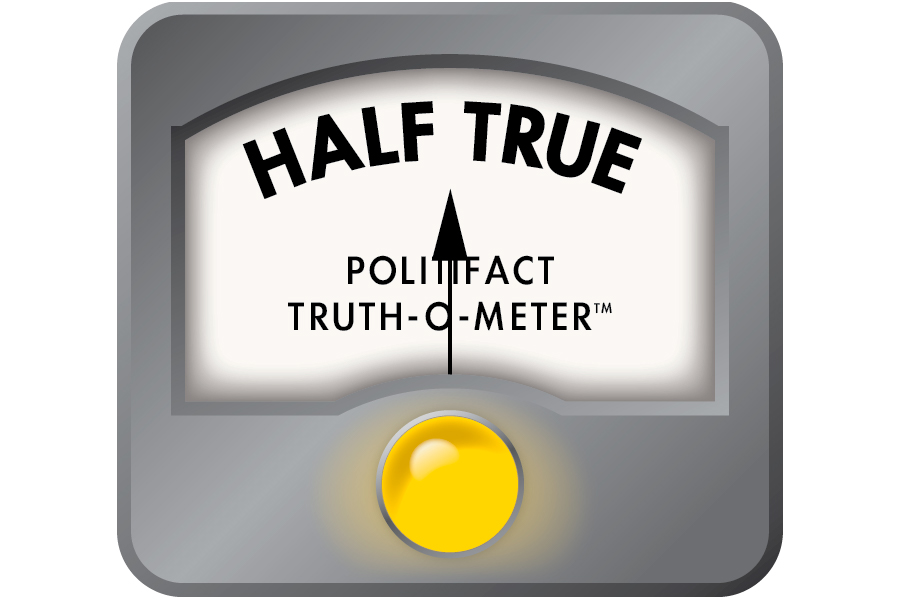 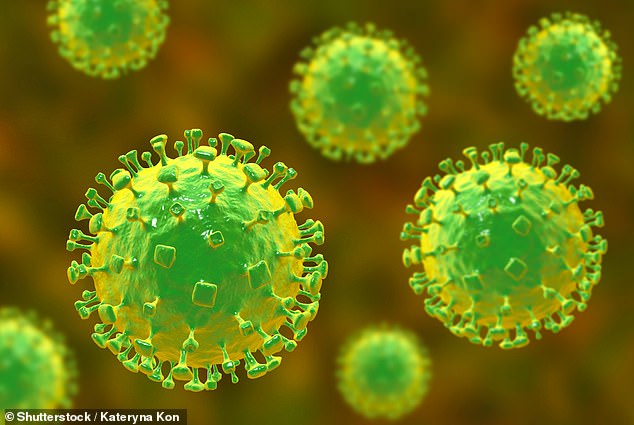