Despite its fairly uncertain fate after moving to CW, Nancy Drew managed to get renewed for season 4 (which is coming sometime in January 2023). Fan are already busy discussing theories and predicting the likely scenarios for the next season, taking into consideration the plot twists from season 3.

From hoping for the best for Ace and Nancy to wishing for more character-driven episodes, the fans on Reddit made some valid predictions (which may or may not come true next season).

Although the show has two pretty established ships that are George and Nick, and Ace and Nancy, fans don’t mind seeing those switched up (like when Ace dated Amanda). With Nick and George having broken up in season 3, fans are already believing that there will be new romances on the horizon.

“George and Nick to have new love interests each, even if they don’t pan into anything more than flirtations,” Reddit user amshako said. Nick, who pretty much went from his relationship with Nancy to his relationship with George in a matter of weeks could probably benefit from being single for a while, but it would be so interesting to see George with someone new.

The Return Of The Road Back

Fans happen to love The Road Back organization and have been speculating its return. “I love all of this. I keep waiting to see The Road Back make an appearance,” Reddit user rowenamckinnon mentioned. While it doesn’t seem the writers have many plans with TRB, it also does not make sense that they would completely disappear.

Ace and Nancy played a huge role in preventing TBR getting the list of names in witness protection, and they are unlikely to forget about them, so if they do bring them back, it will make complete sense.

For this Redditor, they believe that “Nancy [will retreat] from the group a bit, doing her own crime solving regular stuff that’s not necessarily ghost stuff. And Ace trying to figure out what’s going on with her and not giving up.” This is a valid prediction because Nancy is the type to withdraw into herself when she’s feeling hurt or upset.

Her flaws are just partly why she’s one of the most likable character on the show. The writers have so far confirmed that the format will be returning to its roots, even “putting Nancy back in a graveyard with her beanie and her flashlight” (according to Landau in an interview for EW).

Fans know that this curse isn’t about to stand, so many theories are about how and who is going to break it. Reddit user TomatilloVirtual2168 suggested: “Maybe Bess will do a mind weave like temp did to search for “blind spots” in the curse itself.”

Considering Bess’s continuous involvement in witchcraft in the past season, it is likely that she will play some sort of role in the breaking of the curse. But it’s interesting to wonder whether Nancy will tell Bess herself, or if the nosy friend will somehow figure it out on her own.

Bess And Ace Will Solve The Curse Mystery

Not everyone buys into the “Nancy will fight the curse,” however. “Based on convo with Carson, I think she’s gonna resign to let the curse be what it is, and I think it’s gonna be Ace and Bess that are gonna be solving this,” said this Reddit user.

However, in the interview for EW, the writers made it seem like Nancy isn’t as resigned to her fate as she seemed in the finale, stating: “We can’t say if she’s going to be successful or not. But yeah, she’s definitely going to want to [break the curse].” Nancy trying to solve this mystery and actually fighting for the man she loves is something most fans will enjoy very much, and it just adds to the list of reasons why they belong together. Perhaps Nancy can even join forces with everyone from the Drew Crew, as they’ve already proved to be stronger together. 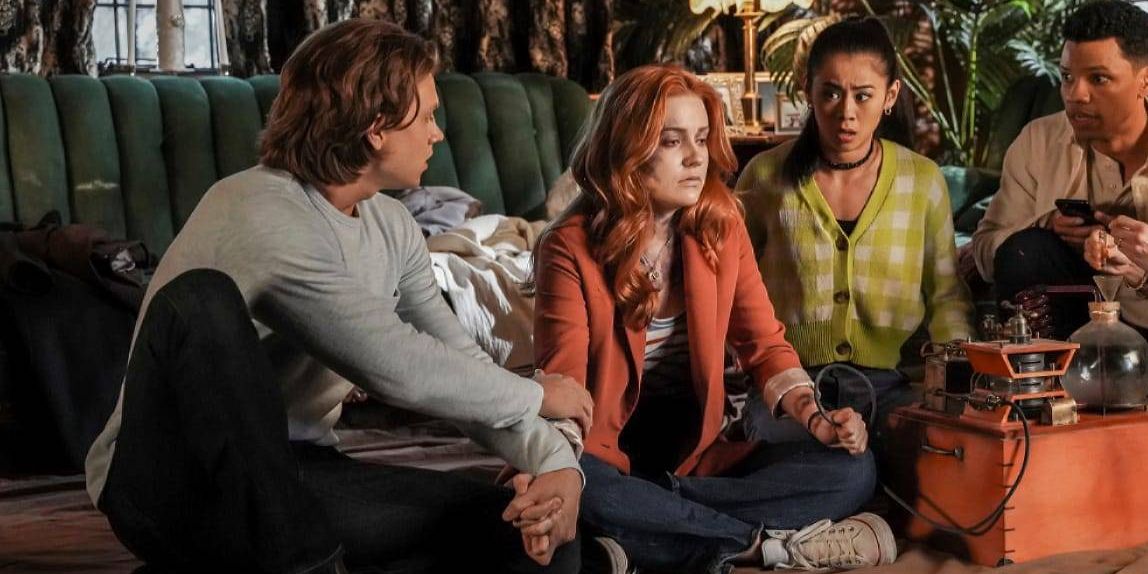 Towards the end of season 3, the Drew Crew members all had their own individual plot starters. As a result of this, some fans have begun to speculate whether the group is going to go their separate ways in season 4, at least for a while. While many are excited for more individual storylines, the Drew Crew dynamic is one of the best on the show, and it would be missed terribly if it were gone for too long.

“I do feel like the Drew crew will start out going there separate ways a little bit but something will bring them back together,” Reddit user No_Economics_8035. Considering the curse hanging over Nancy’s head, it would be wonderful to see them get back together to help their friends break the curse. After all, her friends have proven to be just as good – sometimes even better detectives than Nancy.

Grant And Ace Will Be Hardy Boys 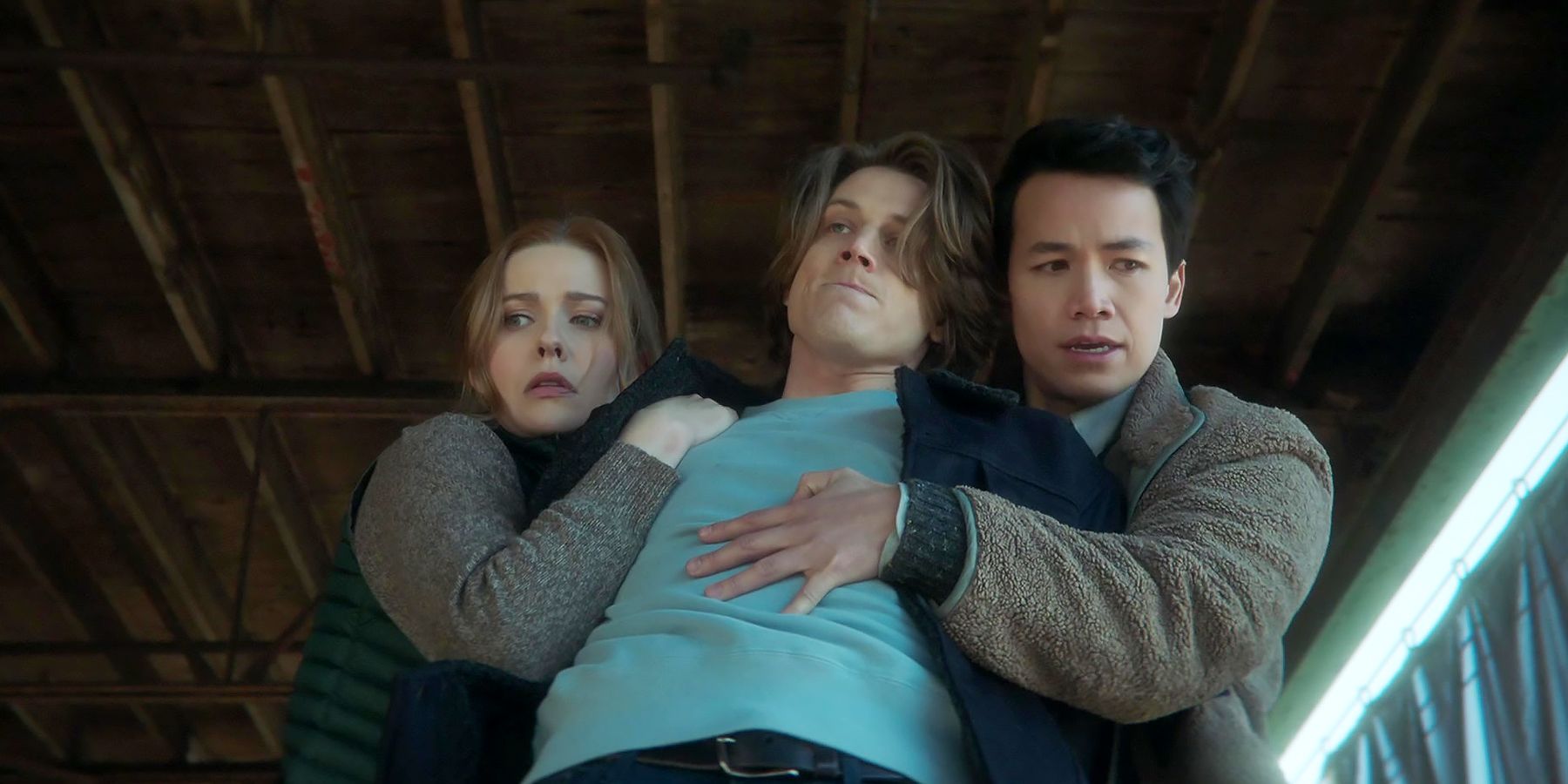 Bringing back past characters like Victoria, Laura and Grant is high on the list of hopes and speculations. “I hope they bring Grant back and make him and Ace the Hardy boys,” Reddit user silverandcold65 mentioned. This has been a popular theory since season 2, when fans suggested that Ace having no last name could mean he’s a Hardy Boy.

Grant showing up meant Ace also had a brother, and this only strengthened the fans’ opinions. However, so far, there has been no confirmation on the show of off-screen. But Ace still hasn’t got a last name, so it remains a possibility. ND writers have proven to be great at sneaking in Easter eggs to Nancy Drew episodes, so this might as well be one of them.

Deep Dive Into Other Characters

Tying into the speculation that the Drew Crew will go their separate ways, one of the theories is that the audience will get more insight into the individual characters. “It’ll be so nice to get a deep dive into each character— especially Nick because there’s so much there that we just don’t really know much about!” Reddit user nd313 said.

While the writers do their best with character development, sometimes it does come secondary to the supernatural mystery plots most of the time, so with the show returning to its procedural format in solving mysteries, it will give them more chance to explore characters on a deeper level.

NEXT: The 10 Best Nancy Drew Quotes From The CW Show

The Vampire Diaries: 10 Great Things Elena Did As A Human

The Lord Of The Rings: 10 'What If' Scenarios That Would Change Everything 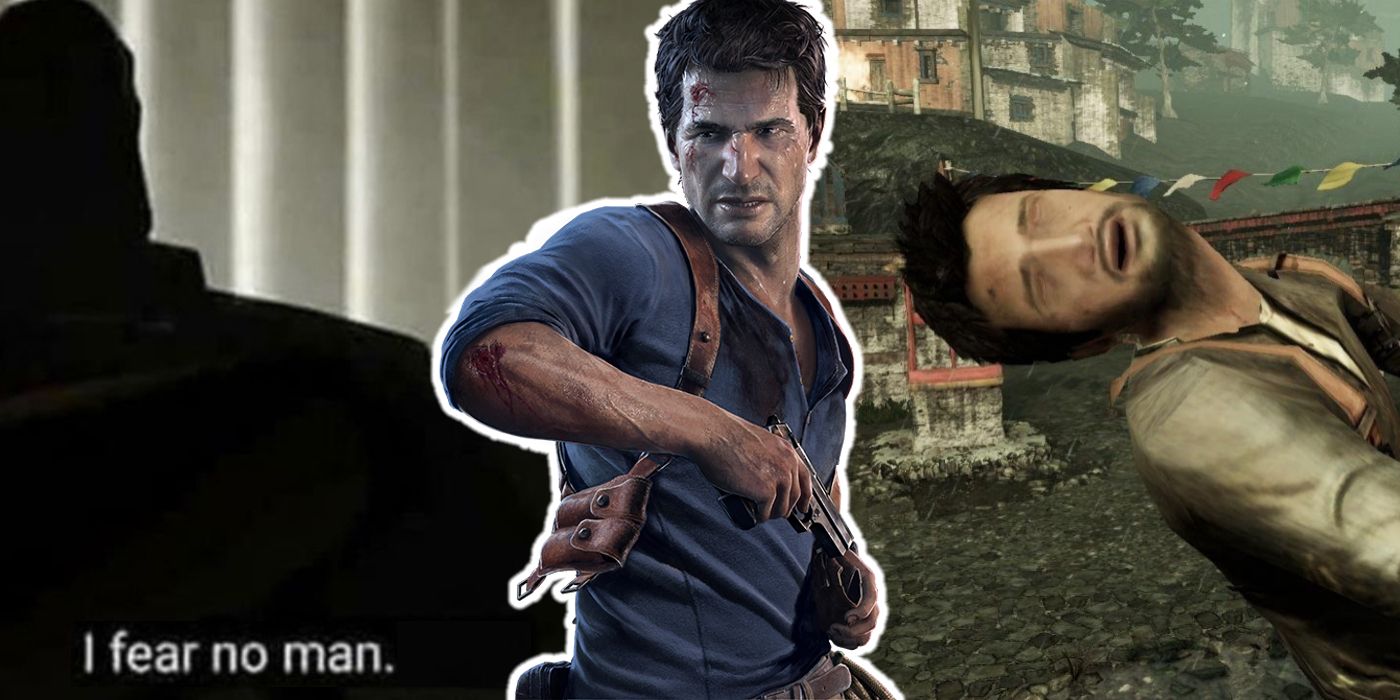 10 Uncharted Memes That Sum Up The Franchise 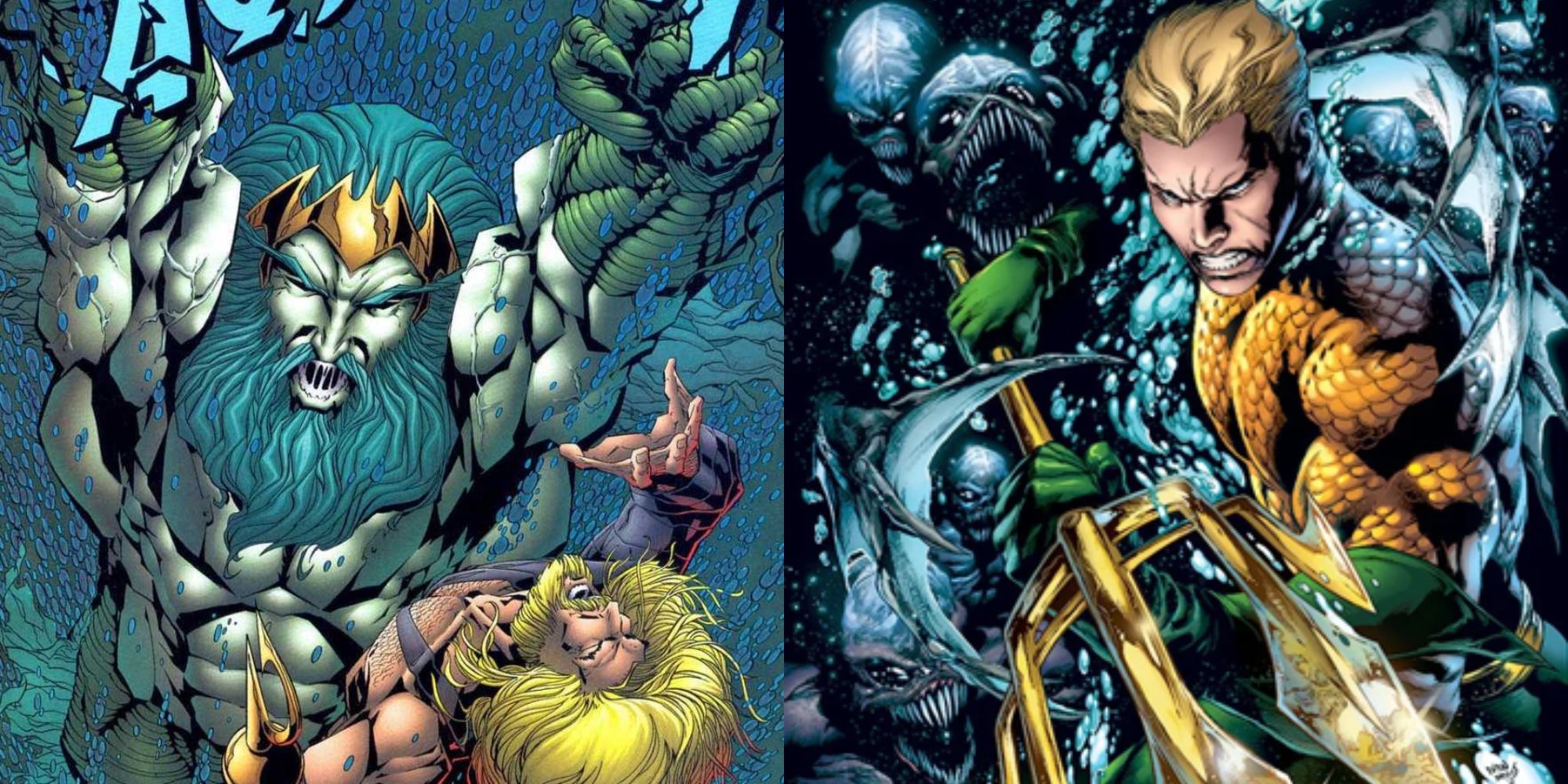 TÁR: 8 Movies & TV Shows Where You’ve Seen The Cast Before 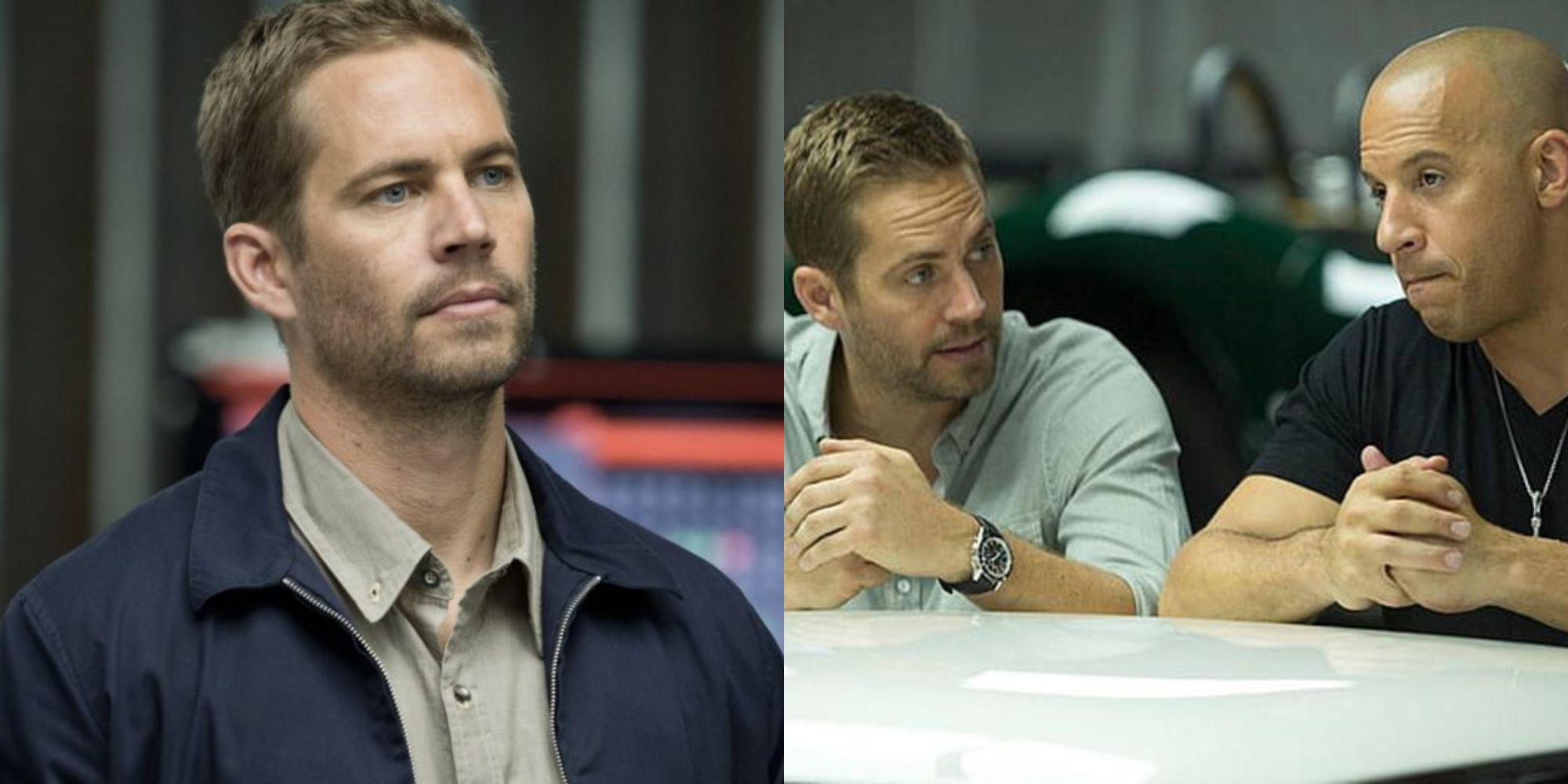