In an interview teaser released by G4TV, former Nintendo of America president, Reggie Fils-Aimé, claims that he hated Donkey Kong from an executive standpoint. This came as a shock to fans of Nintendo’s beloved ape whose iconic bongos are introduced in that game.

While Fils-Aimé might not have been a fan of one of the core installations of the Donkey Kong franchise, it is safe to say that the internet has immense love for the ape whose namesake is the franchise. Donkey Kong, through his own games as well as appearances in various Nintendo games outside of his franchise, such as Mario Kart and Super Smash Bros., has become recognizable to players old and new. Outside of games, he makes his rounds on the internet through memes, one of the core ways fans show appreciation and love.

Plays on words always make for a good laugh and a great meme. Donkey Kong’s name on its own is close to giggle-inducing and lends itself to a lot of variability within meme-making. By playing with different words that can substitute for either “Donkey” or “Kong,” fans find different hilarious combinations that are very meme-worthy.

The stonks meme has taken off in recent years, becoming a fan favorite due to its play on economics as well as its versatility within the memescape. Combining Donkey Kong with the classic face from the stonks meme, Memedroid user Yeeter69420 provides a new reason to bust out laughing during class.

Man It Hurts To Be This Hip

The early 2000s television adaptation of Donkey Kong Country produced many screengrab gems that are perfect for memes. In the episode “Hunka Hunka Burnin’ Bluster,” ape Leo Luster sings “man it hurts to be this hip” while stopping King K. Rool and his henchmen.

This grab has made its rounds on the internet as a perfect tool for describing out-of-touch individuals trying to get with the times. It is often used to poke fun at corporations or older people for corny attempts at zoomer culture or other newer phenomena, as Reddit user SwAg_LaMp did in the first iteration of the meme.

The T-pose has become an integral part of zoomer humor, with its awkward shaping being the default of lots of video game glitches, most notably in Cyperpunk 2077. The pose is commonly referred to as a way to assert dominance on others, due to its large and looming nature.

Donkey Kong’s T-posing nature happened as a result of one of these glitches and subsequently took off as a meme format, with YouTuber Master0fHyrule posting a video with all Super Smash Bros, figures, including Donkey Kong, T-posing due to a WiiU glitch. Having a meme of a favorite character T-posing allows meme users to assert their dominance across the internet, especially when winning with a Donkey Kong character or avatar.

Grandfather and mentor to Donkey Kong, Cranky Kong is an essential figure within the Donkey Kong franchise. While he is often complaining as his name would suggest, he can be a very useful figure within gameplay and often likes to break the fourth wall within the games.

Related: 10 Memes That Sum Up The Mario Games

Taking notes from his fourth-wall-breaking, Nintendo of America utilized Cranky Kong for some meme-based publicity on Twitter in 2014. The meme, which ironically is him not knowing what memes are, was a funny and clever way to promote the brand by Nintendo.

That Wasn’t Part Of My Plan

A variety of “That Wasn’t Part Of My Plan” meme formats have made the rounds on the internet. They allow meme users to take advantage of the hilarity of plans gone awry. The famous shocked Pikachu meme, as well as the four-panel Gru meme, are probably the most recognizable of the bunch.

Donkey Kong, however, has his own form that is just as hilarious as the two aforementioned. Showcasing a screengrab from Donkey Kong Country, the shocked face of the ape gives the perfect reaction for when things just don’t go as planned, such as this unfortunate flatulence incident by imgflip user, Nategood1.

In certain respects, life imitates art. While this can happen in all sorts of ways, one of the best ways in which it can occur is when this imitation makes for the perfect meme, such as this perceived fight between a gorilla and a crocodile.

Within the Donkey Kong franchise, it is well known that his archnemesis is the villainous crocodile, King K. Rool. This meme by memedroid user Oozername takes their epic rivalry off the screen and into the wild as a real-life Donkey Kong faces off with the slithery live-action King K. Rool.

The game show Jeopardy! has produced many hilarious clips and silly answers to questions that seem obvious to those who are fans of the subject. Sometimes, the funniest ones didn’t really happen at all, but the thought of it occurring is still comical.

In 2014, cartoonist Mike Rosenthal tweeted a photo of a Jeopardy! contestant answering a question about Sonic the Hedgehog with the response “Dankey Kang.” This alleged gaffe was proven false later, but that didn’t stop it from going viral and tickling stomachs across the internet.

I Will Not Let You Down!

Any crossover of SpongeBob SquarePants and Donkey Kong is sure to make for a fantastic meme. This one, in particular, utilizes a hilarious moment scene from the nautically nonsensical show in which SpongeBob takes his support of Mr. Krabs to new heights, literally, and puts a Super Smash Bros. twist on it.

Originally found posted to me.me, “I Will Not Let You Down” highlights Donkey Kong’s ability in Super Smash Bros. to pick up other players, enemies, and allies alike. Specifically, this iteration uses Samus as the floundering teammate Donkey Kong has promised to fight hard with and picked up to emphasize this promise.

Drivin’ Around In A Fancy Car

Donkey Kong driving a Mercedes-Benz – a jarringly hilarious sight. This meme of DK with his new hot rod comes from the Mercedes-Benz DLC pack that was released for Mario Kart 8 in 2014. The update allowed you to take your favorite Mario characters and have them race in Mercedes-Benz cars, among others.

The fact that apes love bananas is well understood by the average person. It has been played up in various movies, TV shows, and games, including Donkey Kong. Bananas are also well known to fans of the Donkey Kong franchise, as the sweet fruit appears in many of the games.

While Donkey Kong’s love of bananas is well documented, this meme takes it to another level and shows how one must be wary of the stuff they enjoy. In this low-fi meme, shared by YouTuber D’Andre Lightyear, the beloved ape can be seen loving his plate of bananas, only to turn and scream as he’s squished by a falling GameBoy.

NEXT: 10 Funniest Wario Memes Of All Time

Kevin Crandall is a writer currently based in San Diego, California. In addition to writing for Screen Rant, he has words in Passion of the Weiss, Freezepeach Media, and IMPCT Journal. When not writing, he can be found watching anime, playing soccer, and exploring the outdoors. His current favorites include Over The Garden Wall, Midsommar, and Bojack Horseman, with a soft spot for Ouran High School Host Club.

MCU: 10 Best Memes That Sum Up The Doctor Strange Movies

The 7 Most Popular Klingons In Star Trek, According To Ranker 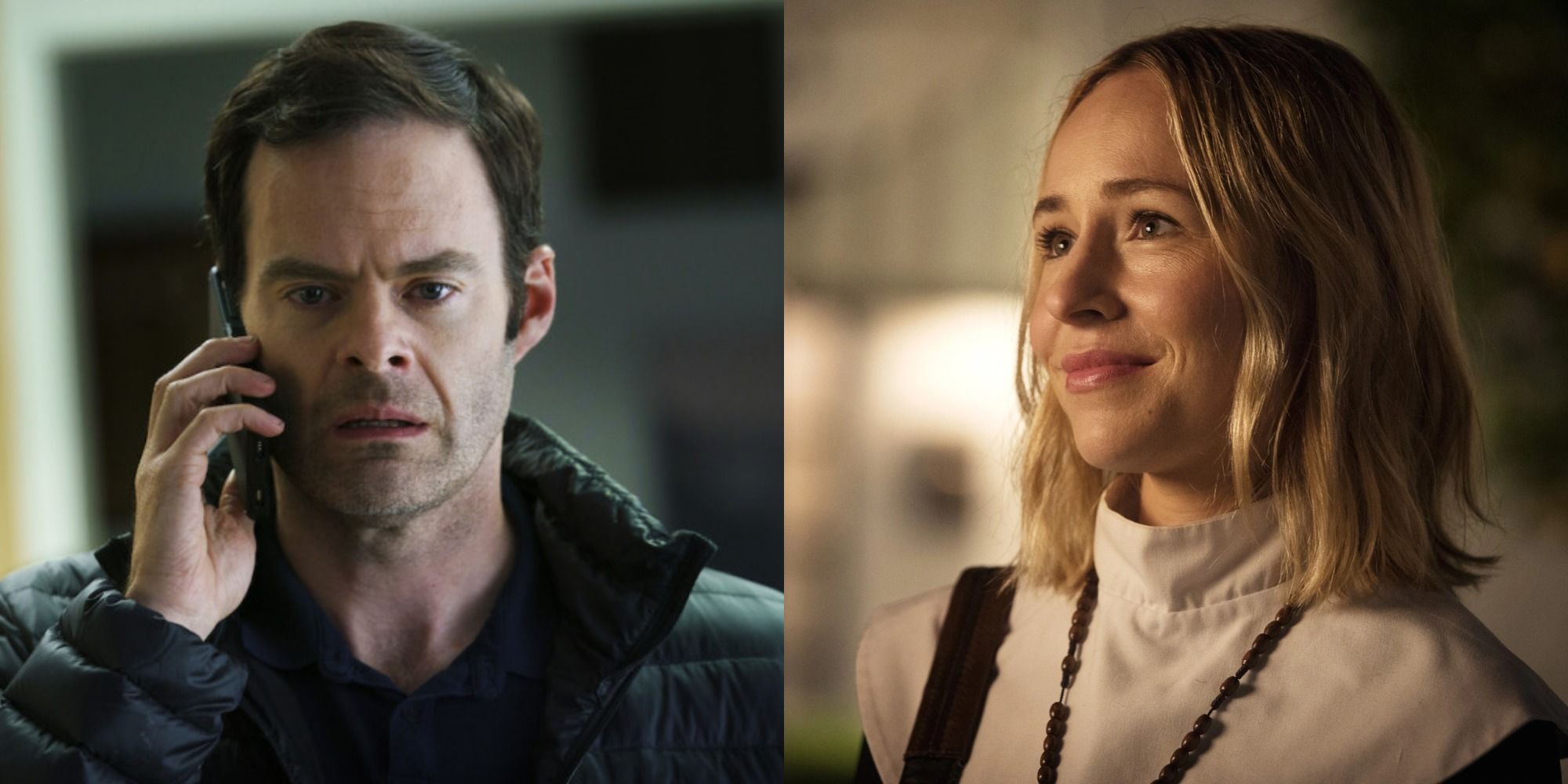