Dr. Steve D. Mobley Jr., assistant professor of higher education at the University of Alabama and expert on the LGBTQ+ experience at HBCUs.Historically, many HBCUs have had conservative reputations that has led to queer and transgender students feeling marginalized. Some of these students have faced homophobic violence as evidenced by the beating of Gregory Love at Morehouse College on Nov. 2, 2002.

But in the twenty years since that incident, HBCUs have come a long way toward ensuring students have the protections and support they need to truly thrive on their campuses. As more bills restricting the rights of LGTBQ+ individuals are proposed by legislators across the nation, HBCU leaders and LGTBQ+ scholars and activists are working to shore up HBCUs and make them a safe haven for queer students, faculty, and staff of color.

“I have recently begun to make the argument that HBCUs have always been innately queer spaces, because the etymology of ‘queer’ is ‘different, challenging the norm,’” said Dr. Steve D. Mobley Jr., an assistant professor of higher education at the University of Alabama and an expert on the LGBTQ+ experience at HBCUs. “Educating Black people was queer at one point — so HBCUs have always been queer.”

When Mobley first began to think deeply about the intersection of queerness at HBCUs in 2011, he was an undergrad at Howard University, an HBCU in D.C. He recalled that he told a classmate that HBCUs would never, in his lifetime, host an LGBTQ+ resource center. Eleven years later, six HBCUs have active LGTBQ+ resource centers.

“Six seems low, but they’ve come up so fast,” said Mobley. “I’m also encouraged to see that while they may not have centers, [other HBCUs] are engaging queer students in programming, are present at college fairs for LGBTQ+ students, [and] have queer taskforces. Single-sex HBCUs have trans-admissions policies. But there is a lot of work to be done.”

A large share of that work is led by the Human Rights Campaign (HRC) HBCU Program. Directed by Howard doctoral student Leslie Hall, HRC HBCU leads competency trainings for queer students, faculty, administrators, and allies alike, all for free. They have already engaged with HBCU presidents in their National Leadership Summit and have worked with over 30 HBCUs.

One of the ways HRC HBCU hopes to support queer and transgender people at HBCUs is by empowering them to share their stories more effectively with those in legislatures, an effort to personalize experiences that are increasingly stigmatized.

“With the increase of these terrible anti-trans bills, we’ve increased our messaging around support for transgender students,” said Hall. “Ten years ago, you rarely heard about LGBTQ+ one-on-one training happening on campus. Now, we get calls all the time to provide training to student affairs positions and universities as a whole.”

But it can be complicated for an institution to stand up to a law that further marginalizes queer and transgender students, particularly public institutions who rely on the government for large shares of their funding.

“This is a delicate balance these schools have to make,” said Hall. “But I have seen institutions reaffirm their commitment [to their LGBTQ+ students] on these campuses in the midst of these bad bills.” 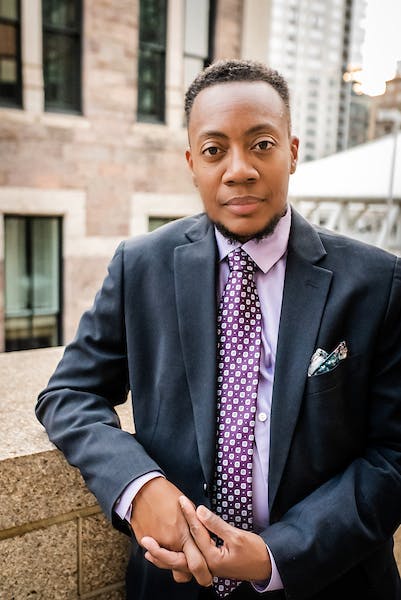 Dr. D-L Stewart, professor and chair of the Higher Education Department at the Morgridge College of Education at the University of Denver.

Having LGBTQ+ pride or cultural centers and student organizations on campus is an important step in the right direction, said Dr. D-L Stewart, professor and chair of the Higher Education Department at the Morgridge College of Education at the University of Denver. But truly supporting queer and transgender students, needs to go beyond just a few designated safe spaces on campus, said Stewart, who added that he believes institutions that use learning management systems should ensure that a student’s preferred name and gender are the default, and that the information travels easily between classes or through transfer.

According to Hall, this is a mission that HBCUs have been primed for since their inception.

“When you look at the mission of the founding [of] a lot of HBCUs — the mission of access and opportunity and inclusion— those are some of the same tenets we see in the LGBTQ+ rights movement,” said Hall. “When we look at who is being locked out, who do we see as being historically excluded from the conversation? Oftentimes these folks are carrying double and triple marginalization. That’s part of how we engage with HBCUs, by really leaning in on this idea HBCUs were founded, really, as some of the best places for Black LGBTQ+ students.”

Liann Herder can be reached at [email protected]

How To Get Vajrada Amethyst Gemstones In Genshin Impact (Farming Guide)

Increase in Credential Earners for ’20-’21 Obscures a Worrying Trend

A Heart for Service